A nice model for inter-process communication

I've just developed a nice method for communicating between two different programs on the same Pi.

I tried rpc, sockets, FIFOs ("named pipes"), couldn't use Queue and other parent/child process sort of solutions... I just kept finding that they wouldn't work at all or wouldn't work well in a fault-tolerant way if both or either end of the communication restarted. The more I worked with them, the more complicated the fault-tolerance code became. So I decided to roll my own on this one.

It behaves like a queue metaphor in that requests are time-stamped, sequenced and consumed. It behaves like rpc in that binary objects can be shared across programs. It behaves like named pipes in that it includes the service name as part of the path. It includes handshaking, timeouts and pipe-rebuilding after loss of either end.

I've created a RAM drive—based named-pipes replacement for inter-process communication to make it easy to separate TFT screen programming, for example, from the OctoPrint plugin interface.

True that. I'll try to spin this up as a Kivy-based repository so that people can use it as a starting point for creating display menu'd interfaces.

I just don't want to be in the business of supporting end-users of OctoPrint who want everything but don't want to put any effort into it. I'd rather help coders, to be honest.

Make it private and only share it with who you want to have access maybe...I personally don't know if I would ever get into it because it's touch screen specific and that's one thing I don't have...oh wait, I did buy a 3.5" a long time ago and never integrated it with OctoPrint...lol.

There you go. I could make it available to any patron of OctoPrint who wanted the access. I 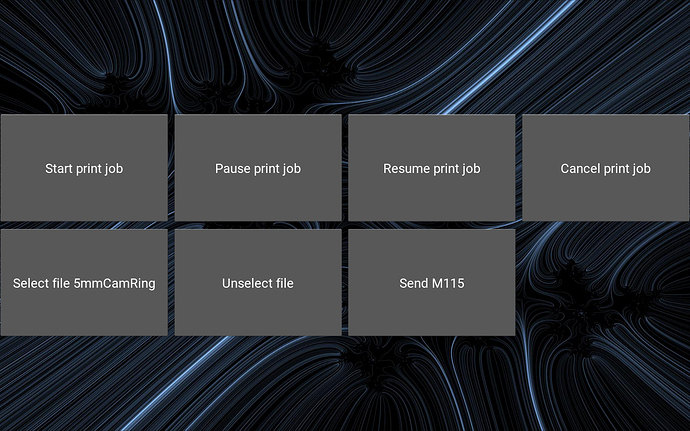 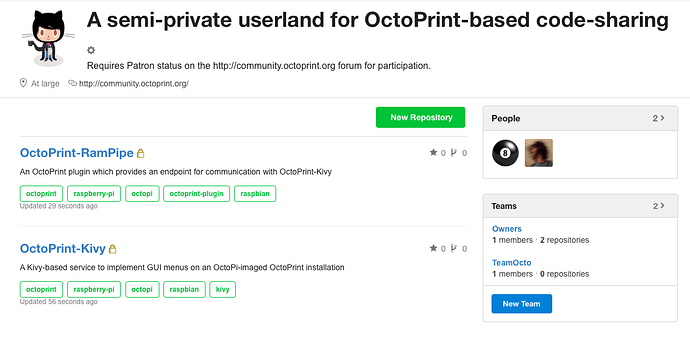 For what it's worth, I plan to implement this on my own 3D printer, replacing the Conky-based Black Pearl theme I've had on there for the past year. 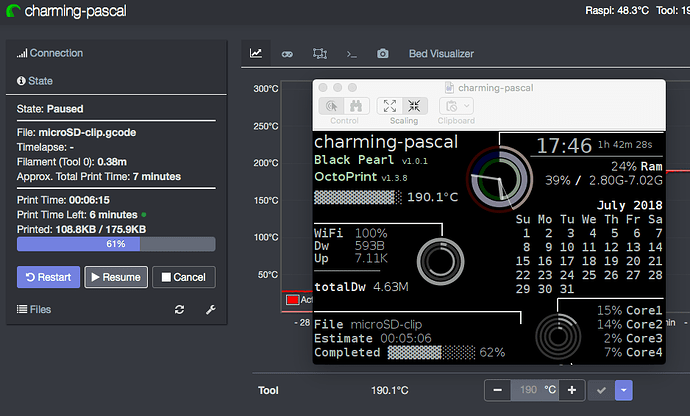 Features I'd like to add into the Kivy menu (from before):

I'm not sure how to style all this. I don't want to mimic the Robo 3D TFT styling and I think I'm past the Conky interface styling from before. I'll keep the Black Pearl theme but I guess I need to design this first and then implement it second.

I guess I need to design this first and then implement it second .

Always a good idea from a UI perspective.

It's just so much funner to code than to design shtuff...

Bleh... I'm just going to crib the navigational aspects of this from the Robo C2's original menu and vamp it up with new graphics and color scheme.

This is what I have so far for my new Black Pearl layout. (There's also a splash screen on startup of Jack Sparrow looking cool.) 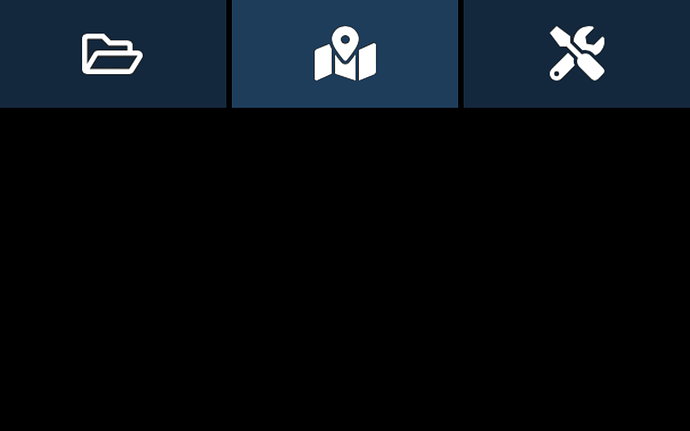 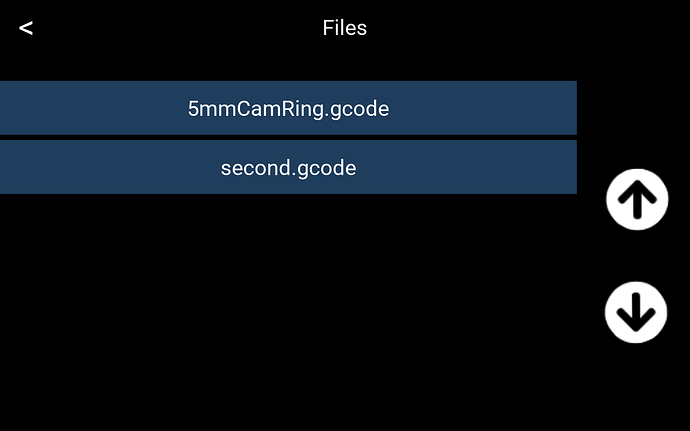 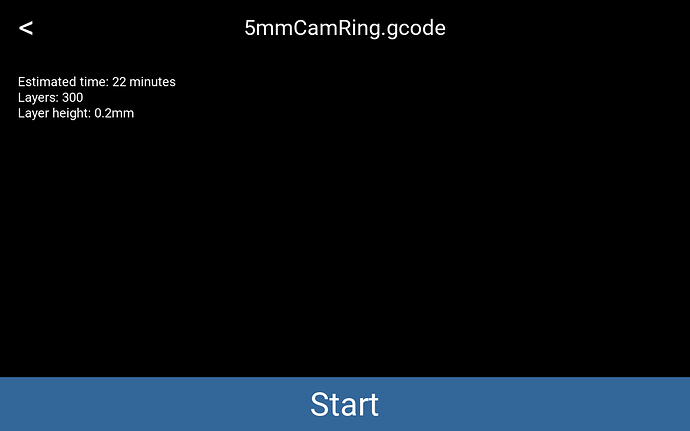 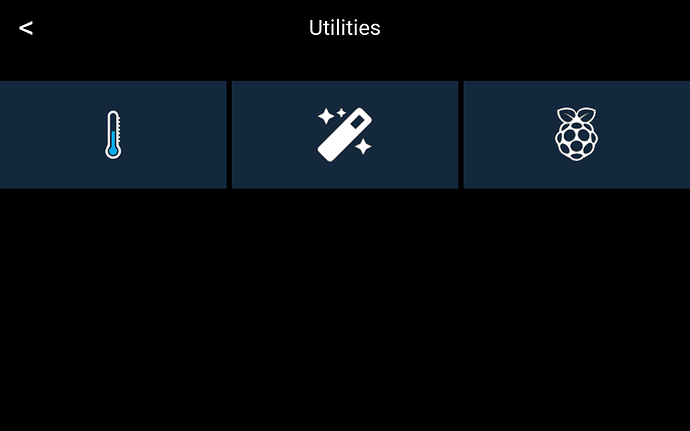 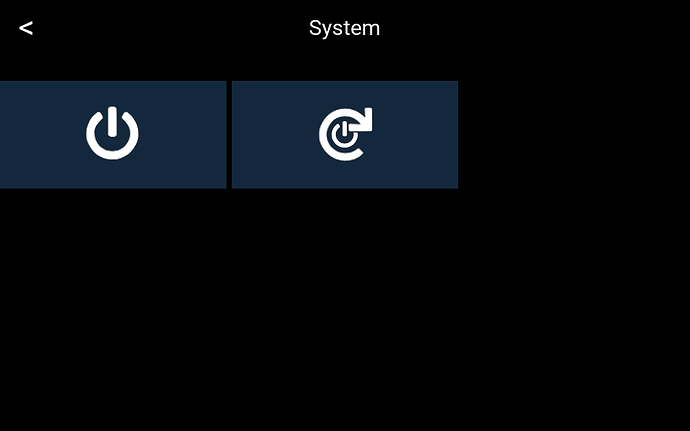 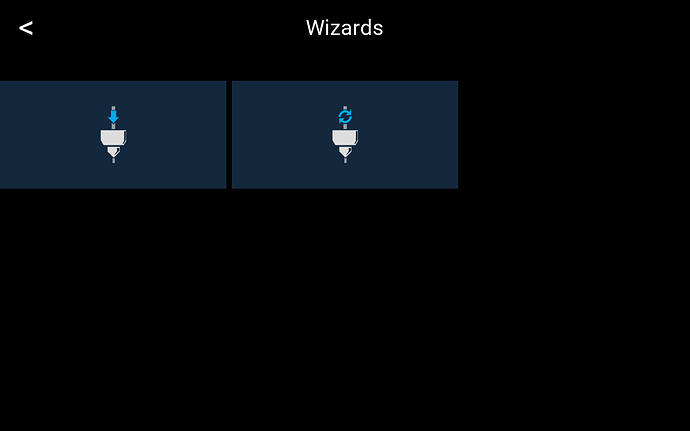