Anyone have seen a G-Code viewer that shows easily line direction?

I don't see in a way most of them do when you go line by line and you see how line will be drawn, I mean when you are looking at the whole bunch of them to easily see direction? E.g. start of the line is blue, end of the line is red and line change color from blue to red, so if you have a ton of short moves it will be "purple" but if you have for e.g. side of a cube, if the whole cube was printed CW you can see one edge red and other edge blue but if for e.g. half of the cube was printed CW and then slicer switched to CCW you see half of the cube have red edge and other half blue edge (and vice versa).

Anyone seen previewer that can give this type of info?

I'm debugging some Ender5 issues that I had on other printers too (not all).

I think the "shift" I see is when slicer change direction but I'm not 100% sure, it should be easy to test with such g-code preview 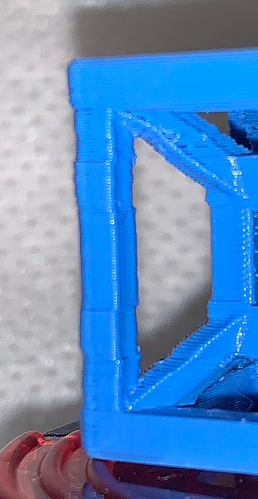 That looks like z wobble @arhi, but to answer your question I haven't seen anything that does that. The only thing close is one that animates the gcode playback and you have to watch it draw the lines to see which direction it's coming from on each layer.

If he's got this on two or more printers then it feels like gcode (or a systemic problem in the common printer design if they're new printers). In that case, my gut says acceleration as a slicing attribute to me.

I did manual inspection of g-code (no viewer available

took me a while, I think I'm going to be nasty mean old man when I get older, I'm starting to get forgetful already now at 45) and my theory is proven wrong

the column is printed in same direction in all segments so that's not what's causing the issue.

Z wobble - well yes, does look like it, but usually Z wobble happens to be repetitive to hardware, Z screw or something else, here the Z wobble depends on the other features of the print (place and amount of shift) and also, there's 0 error in the X side, the only shift is in Y direction. Printer mechanics is from ender5. So my idea was the problem is some type of backlash but ... it is not ..

acceleration, speed ... speed here is very low (40mm/sec iirc for this print) but even that I doubt it's achieved as we'r talking about 2mm path (column is 2x2mm), also printer spend some time on each column, how the #^%$#&@ the middle of the part affects head printing column, it arrives there, print infill, then inner then outer perimeter... then goes to second pillar .. freaky ?! I doubt it's acceleration ... I would assume acceleration if the print direction changed, but it did not...

other printers I seen similar issue, simple test, cube with a hole in the middle from side to side, the side of the cube with the hole, left and right edge will have this "shift" in one side where the hole is

In a case like this, I rotate the part in the slicer. See if the problem follows the gcode or stays with the Y registration. Also, I would knock this down to the smallest part that will still exhibit this behavior for troubleshooting purposes. 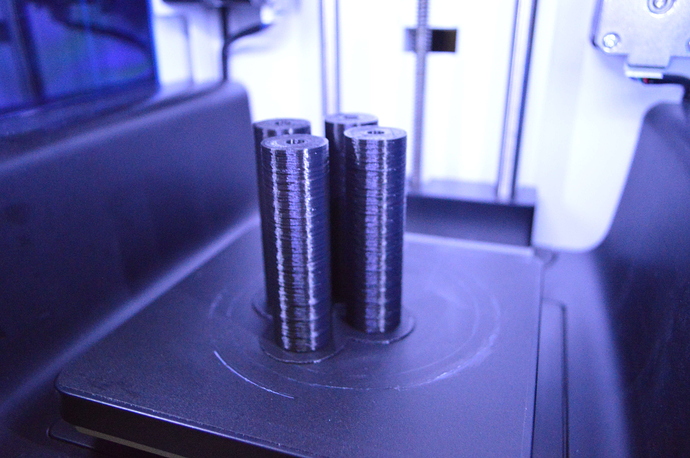 dunno belts are rather tight. If I put 3 parts like that there would not be a problem, but e.g. if one of those 4 towers is half the height I'll see the shift on the rest 3 .. doing more investigation now, I was "sure" it's the direction, now that I know it is not looking further

What you might deduce from the shifting on that front part from my collection of four cylinders is that I have inconsistencies with Z position especially on the front of the bed. Moving the parts closer to the front made the problem more pronounced in my case. This led me to design/print a carbon fiber—infused cantilever stabilizing bed under the platform to remove the diving board effect. 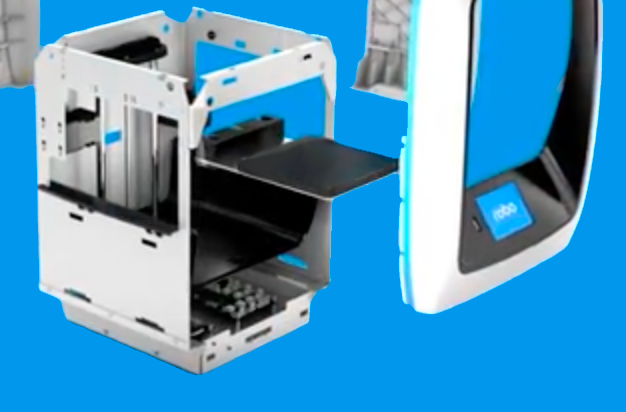