Looking for help confirming my MQTT Subscriber Settings and Testing Rest API as my Octoprint is receiving the MQTT messages and displaying ON & OFF messages but does not show any sign of receiving the Rest API call that is meant to be sent in response.

I tried changing the rest api calls to not use {} I tried the basic connect example you can find in a lot of places even the MQTT Subscriber plugins docs. Lastly I tried generating a new API Key.

No it uses a plugin so I don't think this is a testing option except maybe to test rest. 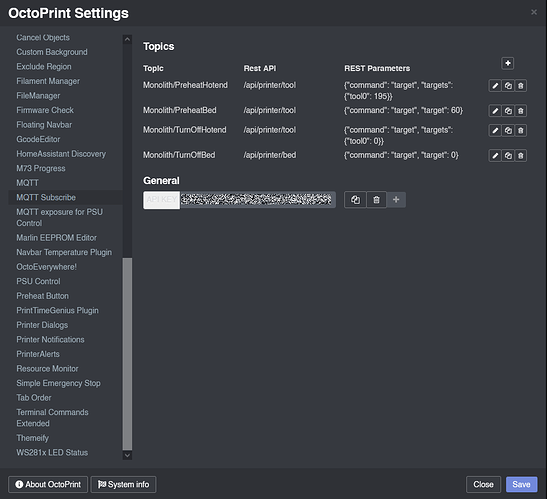 add enter or spaces after and before the curly brackets...

jneilliii idea seems to only work with everything when using line breaks. It oddly worked with spaces for the bed but not for the hotend. It appears the hotend needs to be written with this layout. I also added a JSONPath Extract but that was for convenience not because it was needed. 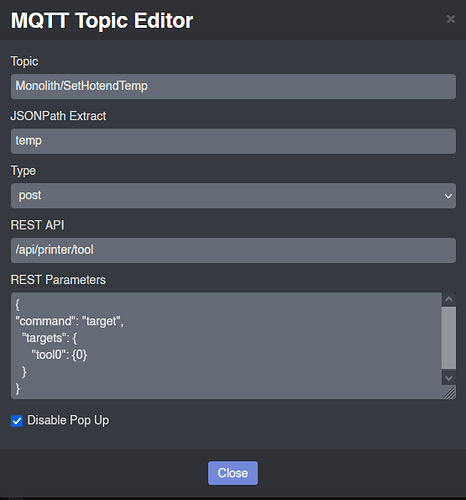 Your method gave an odd message about a { in the output path or something like that.

This is all extremely odd because anything that is parsing json or similar SHOULD be ignoring all white space whether it be spaces or line brakes. 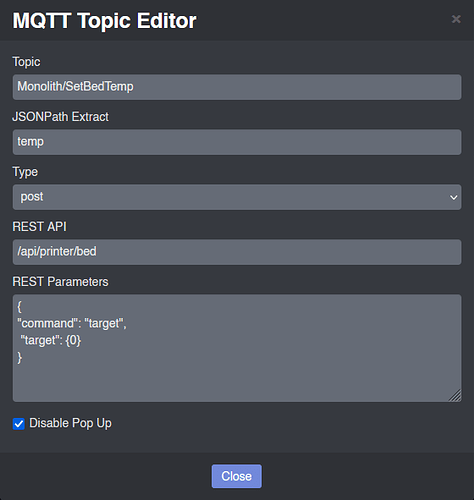 Ah, it must have been because of the additional brackets. The way in which I'm extracting those from the settings is why it's so odd. I don't remember the exact details, but without the whitespace of some kind the logic breaks.