I have my printer enclosed so I cannot easily see the spool to check how much filament is remaining - also lazy. After pondering a little bit I realized that it would be pretty simple to add a cheap load cell to the printer, put the spool on it when new then count backwards from 1000 grams to tell how much filament is left on the spool. A 5kg load cell with a HX711 amplifier board is under $10 on amazon. I looked around and didn't find anything already made. All the necessary libraries for python to utilize a HX711 are extant.
It should be pretty easy to write an Octoprint plugin to add spool weight monitoring. I would do it except for two things - I don't know python, and I don't want to learn python.

Here is where the project is at: the spool holder is designed and works fine to hold a spool of filament. I have been printing off of it for a few weeks. All that is needed is software to interface the load cell to octoprint. I am tossing this up here hopes that someone with the necessary python skills will be interested enough in this existing to write the software then we can put it together into a plug in.

The stl files and pictures of the first design are up on thingiverse: 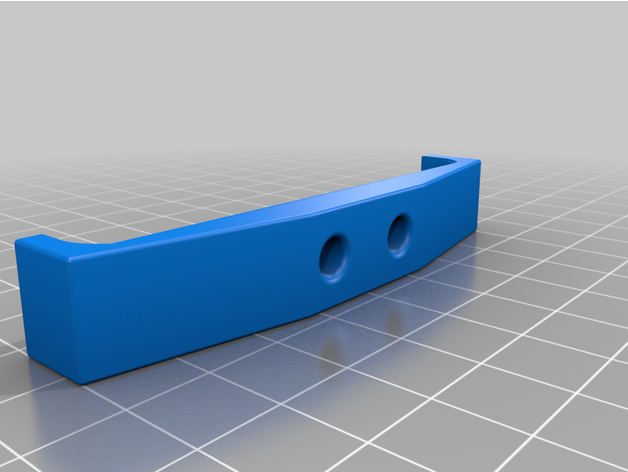 I have my printer enclosed so I cannot easily see the spool to check how much filament is remaining - also lazy. After pondering a little bit I realized that it would be pretty simple to add a cheap load cell to the printer, put the spool on it when... 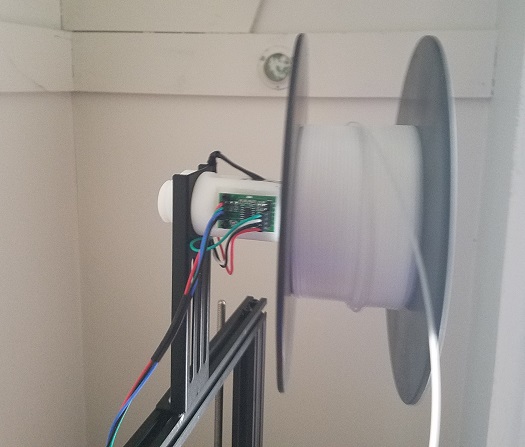 This plugin allows connecting an HX711-based load cell to a Raspberry PI, and Octoprint display the current weight of the remaining filament.

ooo thank you, not sure how I missed that one

That plugin doesn't open. It is greyed out in the plugin manager and non functional.

What Python and OctoPrint versions are you running?

Both are updated to the most current versions (Python 3) as of two weeks ago.

I did need to activate the plugin (didn't know that was a thing) but I am not getting anything in the octoprint UI.

but I am not getting anything in the octoprint UI.

Also nothing in the settings?

It is shown in the plugin manager and activated. It is not listed in the plug in tab.

I installed the one that build was forked from. It installed fine and is working.

You might want to submit an issue on the github repo. There is active development on that plugin, as it is very new.

It won't help you right now, but I intend on building my own plugin for this sometime in the next couple months. However if you already know how to program I would recommend just tinkering around with it yourself, pythons super easy to pick up especially if you already have other languages under your belt.

I have a Botfactory SV2 (circuit board printer) that I also intend on making a custom breakout board with so-as to minimize GPIO pin usage to conserve pins for other additional sensors (Color of currently loaded filament, humidity sensor, small LCD display, potentially motor drivers for performing filament color swaps). The aforementioned breakout board and associated plastic jigs would all be released open-source, naturally.