I currently run a university makerspace with 12 Prusa MK3’s that are controlled through 12 instances of Octoprint, each on a separate Raspberry Pi. We’ve been using the CuraEngineLegacy plugin for several years, and it has worked great. The main advantage is that our users, many of whom are totally new to 3D printing, don’t have to have a slicer installed on their computer; they just need a web browser to slice and print.

Is it reasonable to think about a plugin like CuraEngineLegacy, but which supports PrusaSlicer instead? Does anything like that exist? Maybe that’s sort of possible with GitHub - OctoPrint/OctoPrint-Slic3r: Slic3r plugin for slicing within OctoPrint ?

I’d love any guidance anyone can give me.

I think using PrusaSlicer compiled/installed on the Pi will work with that Slic3r plugin you mention. At least, I've seen mention of it before.

It's even documented in the readme here.

If you just need a web browser to slice prints, you could try the Gridspace/kiri:moto slicer - it runs in the browser completely:

This plugin allows for direct printing from GridSpace’s Kiri:Moto slicer to any OctoPrint servers on your local network with zero configuration.

I have never tried it - I suspect PrusaSlicer will get better slices because it has much larger development backing, but it may be harder to use through OctoPrint. Generally, slicing in OctoPrint is not used very much so nobody has done any development work for it.

I think I might be confused about something. The tab labeled “Slicer” in this screenshot— is that part of Octoprint, or is that from the CuraEngineLegacy plugin? 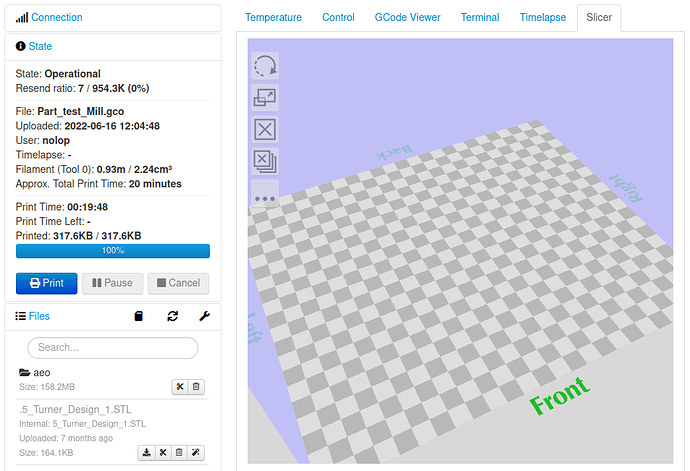 I think that's actually from the Slic3r plugin, not CuraLegacy. 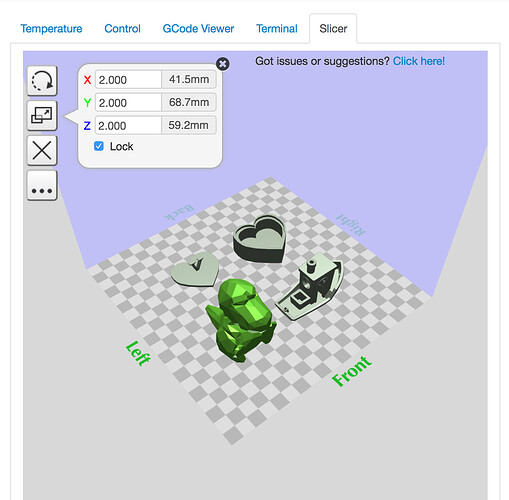 Ah, that makes so much more sense.

Thanks for the guidance.