HI all, I have an ender 3v2 and a sonoff s26 connected trough home assistant. I can power it on and off manually but I can't power it on using it for example when adding a print through ocotoprint. Auto power off also does not work..

Giving this a small up.

A systeminfo bundle or the name of the plugins for PSU control you are using would probably be useful. Maybe a screenshot of how you have setup the plugin's configuration?

That would make sense indeed! 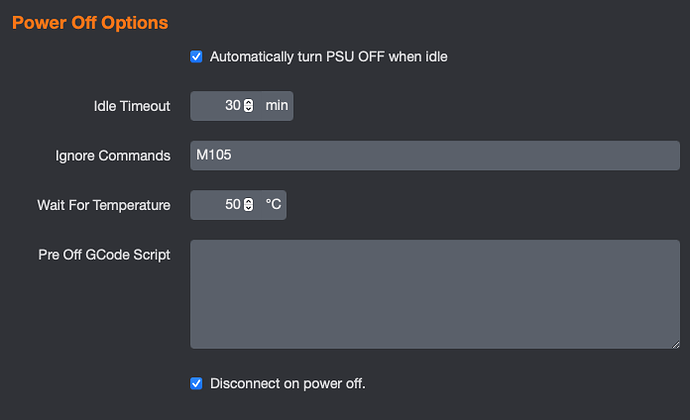 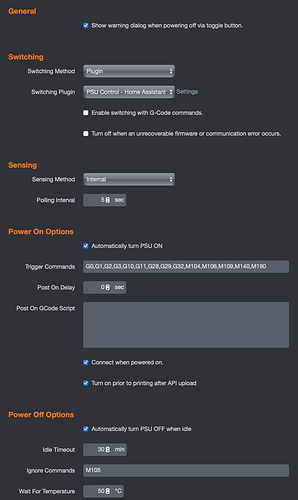 Is your printers controller also switched on by the HomeAssistant device?

No this is separate. The raspberry pi is powered by a separate outlet, not on homeassistant.

Disable "Automatically turn PSU On" and adjust your "Post On Delay" until it works. Start with something like 10s and work down.

Yes, it turned automatically off when the desired temperature was reached, good.

Am I expecting something wrong here?
I would want that when I export from Cura to octoprint, it turns the printer on automatically.

Did you solve this i have the same problem.