I know the recommendation is to not run a web cam on a Pi Zero W but would an IP camera add to the load?

Of course it will take some load of the pi if you use an ip cam - but depending on the plugins used and the printing speed the print quality may deteriorate.

If you're using your own firmware I would suggest to increase the buffer sizes so lags hopefully don't result in stutters.

Actually, if it's an IP camera, the computer accessing octoprint would connect directly to it to access the stream, without the use of any sotware on the Pi like mjpg-streamer or µstreamer, so that wouldn't put any overhead on the Pi...

True, as long as you don't use timelapse/octolapse you won't have additional load because of the webcam.

Even so, taking snapshots isn't the thing that's gonna eat up RAM... But the actual rendering of the timelapse would pretty much bring the Pi Zero to its knees. Since it's done once the print is finished, that wouldn't impact the quality of the print. But make it pretty much unavailable for some time, perhaps a few hours, in order to render the video...

Although you should look at @PrintedWeezl's answer below as to why you shouldn't run OctoLapse or timelapse.

I don't talk about ram - I talk about cpu resources.
The wifi alone needs a lot more cycles then you might think, then you have to save the image on the sd card.
All that while printing with only 4 lines buffer (default config) can lead to buffer under runs which leads to blobs and other imperfections.
It can even lead to layer shifts.

Guess I hadn't thought of that, thanks for bringing this to my attention. I'll edit my previous message accordingly. 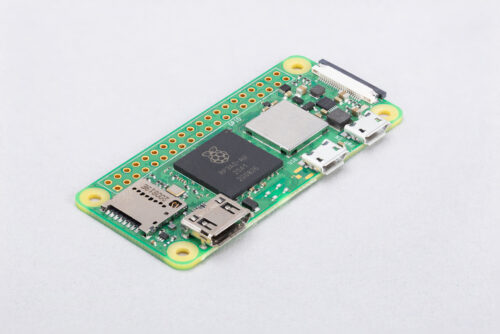