Do I need active cooling on my pi?

I am trying to run my pi with some slapped on heatsinks and that's it. Its a pi4 and seeing some videos online I believe it shouldn't matter as there is no "hard task" that it will be preforming. I plan to leave it on 24/7, what have yall experimented with? is a cheap fan worth it? Half of the time I can't feel the fans moving air, I assume it will get better cooling from my cealing fan than the small fans that it has.

Nothing, I'm winging it.

Latest octopi and a ender 3

Active cooling is always appreciated by the Pi.

There's no need for a fan on a Pi. OctoPrint doesn't stress the CPU that much and so it will not be getting that hot.

If you want to track the core temp, use something like the Resource Monitor plugin - idle temperatures for the Pi 4 are usually in the 40-50C range iirc. 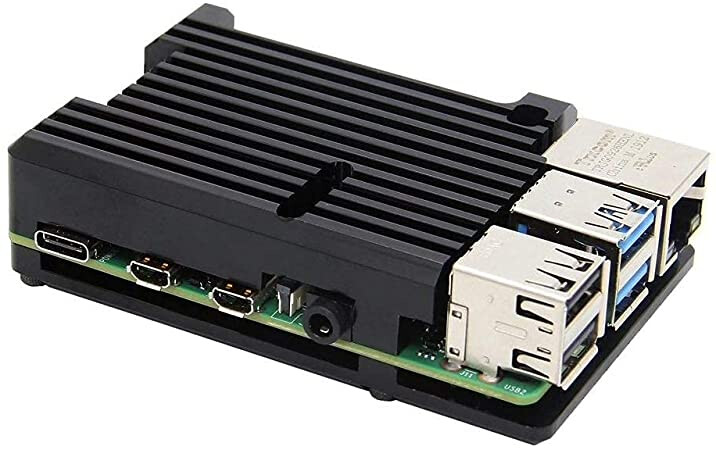 grafik716×450 65.5 KB
You can use those as passive coolers or mount a fan on it you really have to (which you shouldn't in an Octoprint environment

I used to think active cooling wasn't needed with raspis until I started to actually monitor them and saw the difference even a very soft stream of air does. The exception is a pi 2B which stays in the 40°C range with no cooling aids, neither active nor passive, but the pi3B all go to 60* or higher with moderate load.
With them a small 5V fan which is powered from 3.3V and some coolers make a huge difference, keeping them in the 40s even with load.
No experience with pi4 myself but as it is not known to run cooler than a pi3 I'd recommend investing into a fan

Pi 3B+ and up have better on-board cooling, as they put a little hat on the chip & use the whole board as a heatsink. So there's less variations in the temperature. The Pi 4 chip does run hotter generally but it's still not getting that close to 'too hot' - the Pi will throttle as it gets to 85C.