Apologies in advance for my ignorance of proper procedure for getting help. I know nothing only a little since getting octopi set up a couple days ago.

I have had two instances of an octoprint bug. The first instance of the bug happened a couple days ago and the second just happened. It looks like octoprint just stops moving in the Y direction at some arbitrary point in the print. The printer seems to still be moving in the Z direction and the build plate definitely is still shifting back and forth. The extruder is still extruding the proper amount which is resulting in a huge pile up of filament.

Picture of the first instance of the error. I tried to put more but I'm only allowed one picture as a new user. This one best represents the issue. You can see in the back where the printer didn't finish covering the part and where there is a larger build up of filament at those X coordinates 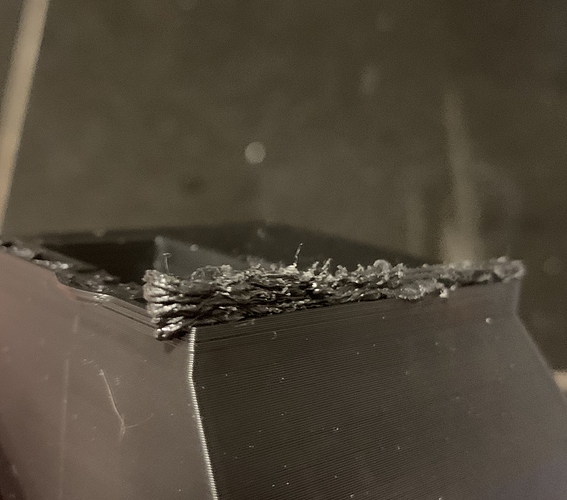 All I know to do for trying to solve it is to reprint it to see if it was a gcode issue. I reprinted the first object with the same Gcode file and didnt get the issue and I am currently reprinting the the second even though I doubt it will produce the issue again.
I don't think it was an access issue interfering with the print because the first issue happened while I was asleep and the second happened while I was in the shower so there was no traffic to the Pi.

I don't have logs for the first instance of the issue because I didn't realize that Octoprint kept log files.

I am using the Ender 3
I am using latest release of OctoPi
I don't know what firmware version I am using. I just upgraded to the silent motherboard for the Ender 3 a couple weeks ago.

We had a similar case here

Good Day Hope someone has come across this and can help

starting to run out of ideas. Problem My Y Axis randomly stops mid print and then never recovers, X and Y continues as normal and the results is a blobbed line for the rest of the print. This does not happen with every print nor at the same height every time, this does also not appear to be slicing related as the same gcode file could stop 10mm into the print or print for 5 hours and stop 101mm into the print. I have als…

Seems to be a problem with the silent board.
Btw just out of curiosity - how quiet is it compared to the stock board?

Very quiet. I didn’t realize how much noise the original motherboard was making until I replaced it. All I hear anymore is fan noise

What was your solution?