I have installed Marlin 2.0.8.1 on my Genius. I got the firmware from Artillery Sidewinder X1 / Genius TFT FW + Marlin FW + Marlin mode and M600 support + Mesh Editor + MBL by digant - Thingiverse and adapted it to the Genius.
When printing with Octoprint, countless error messages "Last Line Number is not Last Line" are displayed on the printer's display. But the print works. Error messages are not displayed when printing from SD card. Can I suppress these error messages?

This is not a slicer issue. It's an issue of the connection from the Pi to the printer (moved the topic, btw: You did not even mention the slicer you are using):

Suppressing an error message does not solve the error.

But the print works.

But it runs on the edge of failure.

Hello Ewald,
thank you for your fast reaction.
Sorry, I thought, since this is gcode, it would be a slicer topic.
I use Simplify3D as slicer program.

Thanks for your support

First, to restart the RasPi, do not just pull the power plug. Sooner or later you will end up with a corrupted filesystem on the SD card.

First, you can try in safe mode.

Then, you may check the USB connection from the Pi to the printer: as short as possible, good quality cable with ferrite beads.

You also may consider to test with another firmware.

You have noticed the OCTOPRINT / PRONTERFACE USAGE: on the thingiverse site you mentioned?

Thanks for the general tips. In use the plugin "tasmota" to switch off the printer and Octoprint after printing. That's why the plug is always pulled. I started Octoprint in safe mode, the same behavior with regard to error messages. The USB cable was included with the printer. Printing with Octoprint worked perfectly with the original Genius firmware. So it must be due to the interaction between Marlin 2.0.8.1 and Octoprint. Other users have also reported that they have problems printing with Octoprint or Repetier Server with this Marlin version.

Other users have also reported that they have problems printing with Octoprint or Repetier Server with this Marlin version.

So it seems to be mostly a firmware issue...

In use the plugin "tasmota" to switch off the printer and Octoprint after printing. That's why the plug is always pulled

Don't do this - put the Pi on a separate power supply. If you want to power down the Pi as well, the Tasmota plugin has options for running a system command, which you could use to safely shut down the Pi.

Exactly what @Charlie_Powell mentioned, there is a way to safe shutdown with my plugin. See the examples. 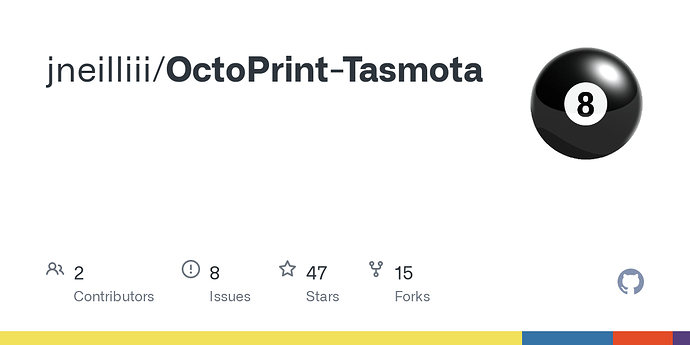 Contribute to jneilliii/OctoPrint-Tasmota development by creating an account on GitHub.

Obviously the 5 seconds are not enough as indicated by the log.
In your case, the Pi needs more than 5 seconds to shut down.

Let me try to explain this screenshot... 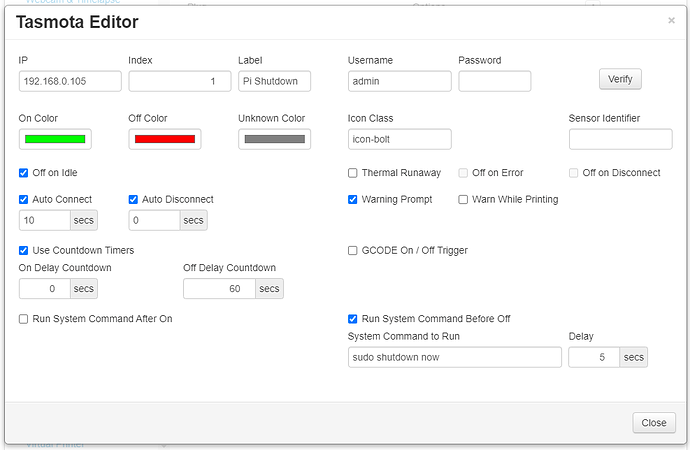 use countdown timers is critical in this case. it needs to be long enough for both the system command delay and the pi to shutdown completely before it tries to power off. Countdown Timers are commands sent to the Tasmota to run at a later time, so that way the pi can shutdown and the power off still occurs.