What is the problem

The end user lack of understanding. I wish to have the Raspberry OS desktop and Octoprint on the same Raspberry Pi. Can I install Octoprint as an app? If yes, is there any guides that someone could suggest? I'm able to do step by step.

I have dedicated Raspberry Pi 4b running OctPi and I also have setup and can run with Desktop. If possible, I would like to setup the Pi to run both. I know I can do two different SD cards, but was wondering if I can do both on one SD.

No problems running one or the other.

If you log into the pi via ssh or with monitor, keyboard and mouse, it gives you the command to install the desktop on octopi.

5ft24, "it gives you the command to install the desktop". Where exactly? Can you point me to an example? Thanks. 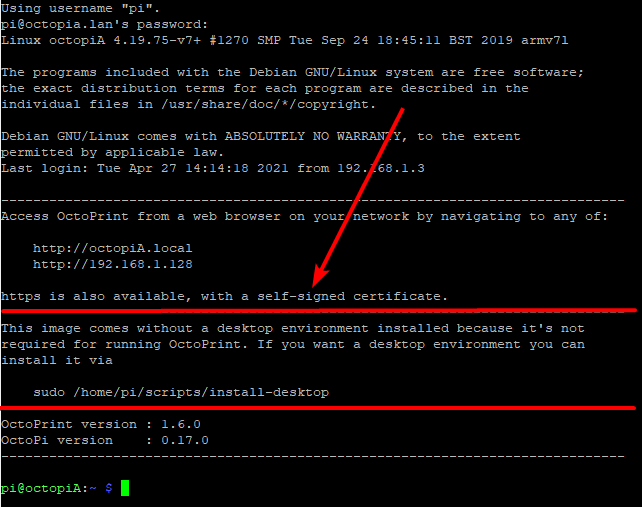 Thank you foosel! I know you folks probably get tired of answering some of what seem simple and repeated questions. I want you to know that doing so is very much appreciated!