Yes, continue to receive "OctoPrint server is currently not running" page at the IP4 address of my server. 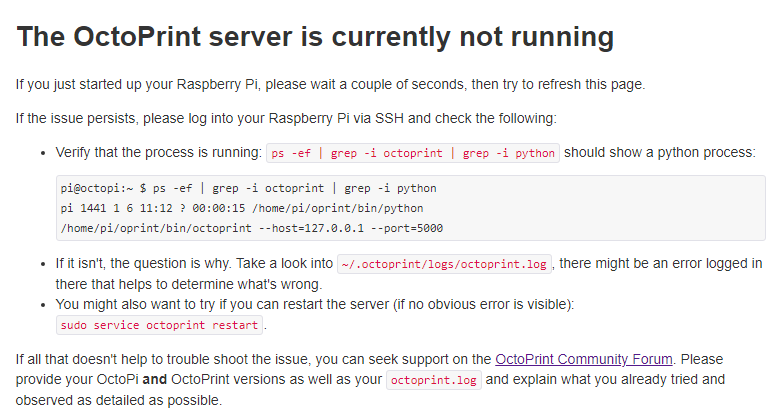 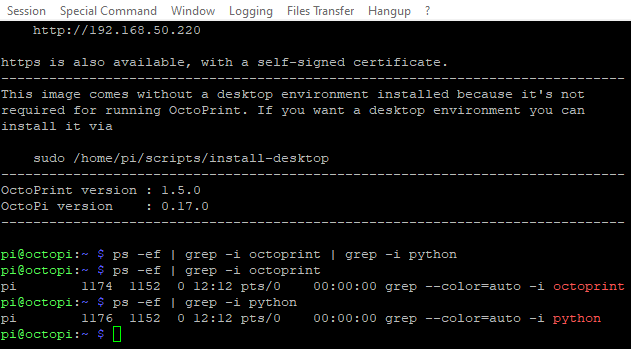 I backed up my home/pi/.octoprint folder about 6 months ago. I don' t believe I've added any plugins since that time. I also don't believe I've updated OctoPi since that time. I'm assuming that the .py files indicated in the octoprint.log were corrupted during the power failure (even though the server was not being accessed and no print ongoing). Is there a way to rebuild these files or might it be worth trying to restore them from the backup? If not, is my only recourse to rebuild from a fresh OctoPi image?

Try this to see if it works, to reinstall OctoPrint:

That may get rid of OctoPrint core errors, see if you can get into the server - it can handle plugins failing, that can come later.

Otherwise, the best place to go would be the ~/.octoprint folder again, since you will then be able to read out your settings again. The backup/restore built in just zips that up, with some metadata and a list of plugins to reinstall.

Unfortunately, the SD cards are susceptible to file corruption on power failure. Best remedies are either have a backup of the SD card, or move the root file system to a SSD on the USB port. the external USB drives don't corrupt from power failures.

Thanks all, I'm not having any luck forcing a reinstall (keeps exiting with -ll status) and restoring ~/.octoprint did not help either. I'm downloading v1.18 now and after I get it set up I'll start keeping a full image backup of the sd.

You can also look into the Backup Scheduler plugin, in combination with Google Drive Backup, or Webdav Backup plugin to upload them elsewhere. There may be other cloud backup plugins as well.