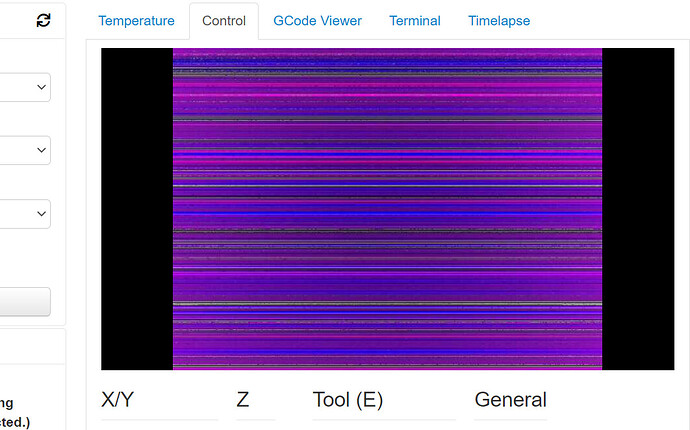 The feed was fine when I first attached it to the Pi and loaded the stream in OctoPi.
I had printed an enclosure for the camera to attach to the Z-axis of the Ender 3, however after
putting the camera into that module and closing it, the feed has since turned into the glitchy mess in the above image.

I've since then taken the camera out of the enclosure but the feed has remained this way.

I've tried swapping between 3 different ribbon cables (all specified for the Pi 3B+ display output
I've restarted the OctiPi service, rebooted the Pi itself, disconnected/reconnected the camera
multiple times, adjusted the lens focus, and even reimaged OctoPi on the Pi3B+ and I just can't
get the camera to function again.

Part of me is thinking the sensor is broken somehow but I wanted to reach out in case anyone else
has seen this before dumping money into getting another module, or webcam entirely.

The enclosure was a tight fit but I don't believe I cracked/disconnected anything for the sensor itself, it still "looks" completely fine when looking at the module itself.