OP says printer will not respond. 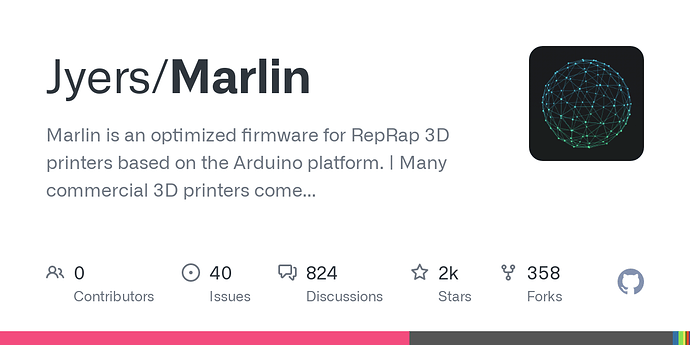 Marlin is an optimized firmware for RepRap 3D printers based on the Arduino platform. | Many commercial 3D printers come with Marlin installed. Check with your vendor if you need source code for yo...

I appreciate any help. Thanks.

UPDATE:
I installed new firmware from the manufacturer to see if it was a firmware issue from here.
https://drive.google.com/drive/folders/1Bt006KFDnRJG4FOcd8yXniYVLFXKBFBi
It did connect but everything was in Chinese and I was greeted with this error.
Warning: Firmware Broken

Your printer's firmware is known to have a broken implementation of the communication protocol. This may cause print failures or other annoyances. You'll need to take additional steps for OctoPrint to fully work with it.

Looks like it is bad programming. Again...
So the next question is where do I get quality firmware with great features in English that works with OctoPrint?
This is a Ender 3 V2 with a 4.2.2 board and a CR touch.

More often the programming is not the problem but the configuration is. Marlin is the firmware used for the majority of 3d printers and it has a lot of settings. And Creality has quite the reputation for compiling firmware from Marlin that makes problems.

The settings are done in text files and then compiled into the firmware binary. So that makes it hard for you when you hunt for a binary that fits all your needs, printer model, language, features etc. And even if you find it for now but in a few months you feel like adding something or want to tweak the config a little.

The alternative is to actually build the firmware bin yourself. A bit of a learning curve but there are many helpful websites. Search for 'Compile Marlin for Ender 3 V2' and there are plenty tutorials for you You'll need some software but it's all free open source and the helpful website of your choice will probably tell you how to install that. (If not, try another tutorial

Your thread is a common topic, there must be hundreds of previous threads in the archives. Often it is quite helpful to read the experiences of others and compare their situation with your own. So searching the archives here wd be me other recommendation.

And Creality has quite the reputation for compiling firmware from Marlin that makes problems.

For the record, Creality maintains it's own highly modified version of Marlin, so there it's not down to configuration but actually programming, though not of proper Marlin but the Creality maintained fork of Marlin.

Thanks for pointing that out, I wasn't sure about that myself.

I seem to have the very same Creality Ender 3 V2 model and board. I also had problems with the original firmware. I found the Jyers firmware for the Ender 3V2 to work really well. Check it out on GitHub: Releases · Jyers/Marlin · GitHub

Make sure you understand the quirks of the firmware update process

This FW works perfectly fine with the printer and also OctoPrint.