Raspberry Pi wont boot while connected to 3d printer (Pi powers on but no green light), remove usb cable and Pi boots correct(Green light on pi flashes as soon as cable is removed). Plug USB cable back in after boot everything is fine.

I know this isn't octoprint problem, but I'm hoping someone here might have experienced this before

Nothing as I'm lost what to do

My guess is that either the pi tries to boot from the printers sd card or it's a power related issue.

If you have an sd card inserted, try again after you removed it.

Also check if there is a jumper on the VUSB pins - remove it if it's there. 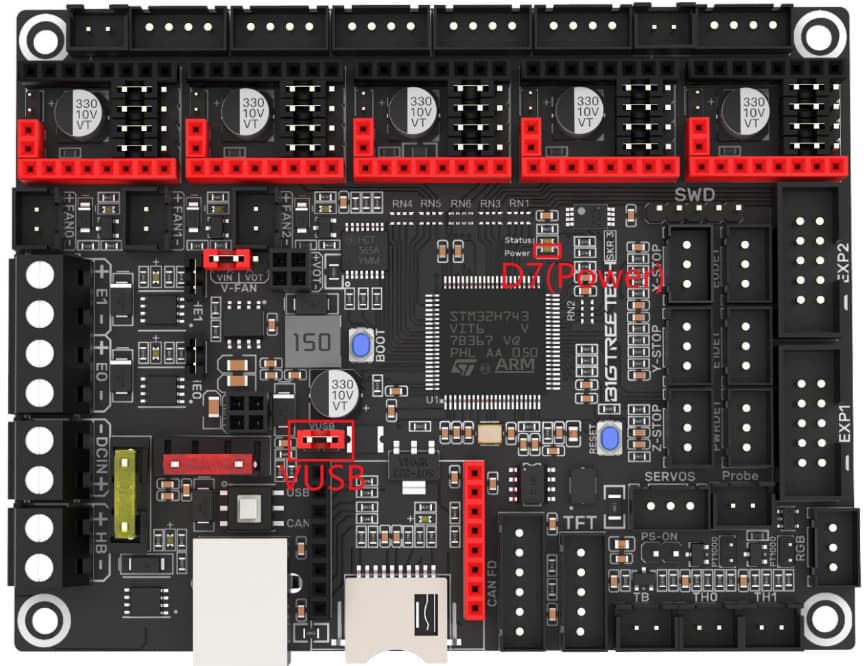 Tape the 5v pin on the USB connector..

I did that already thanks. Wont work either way

Tape the 5v pin on the USB connector..

That jumper does exactly that..

Don't have that USB jumper connected or an SDCARD inserted. Thanks for the suggestions

Yep even tried a different Pi, so must be something to do with the printer