I have been trying to setup my RPi to run Octoprint without success. If I flash a SD card, add ssh and the network info and plug into a either a Pi Zero or a RPi 3B, the Pi starts its boot sequence and then just stops.

Sometimes it gets all the way through and then just stops, but normally it is ⅔ way through boot sequence and stops with various errors, one being Unhandled Fault: vector encryption! I have also attached some images of what appears to be a kernel dump and other error messages I get as it boots up.
IMG_5544|666x500

Initially I thought the issue was the Pi Zero, but I have also tried a RPi 3b.
I have tried 2 SD Cards, a brand new 8GB and an existing 16GB
I have tried downloading a new image which is burnt onto the SD card using Balena Etcher on a MacBook Pro.

I am unable to use Safe mode as the web never gets up long enough for me to select it.

I am unable to access the logs as the system is not running long enough. 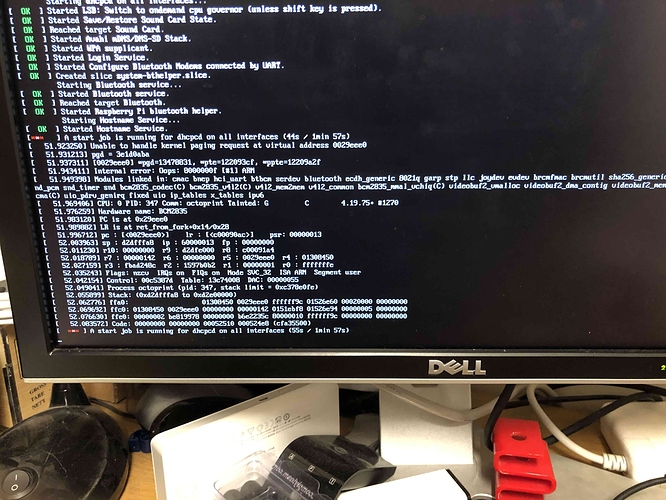 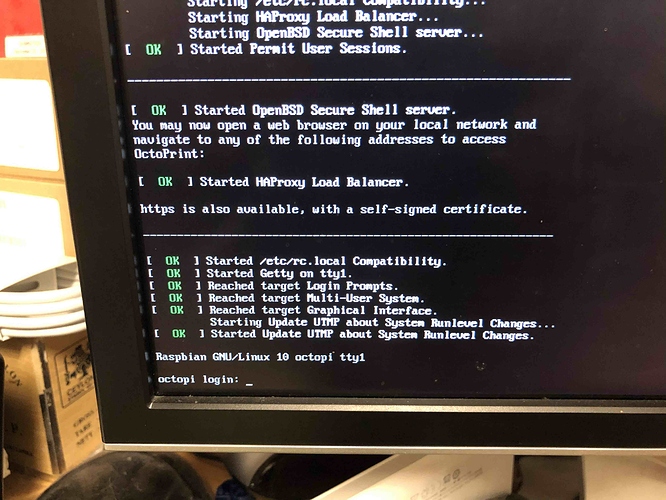 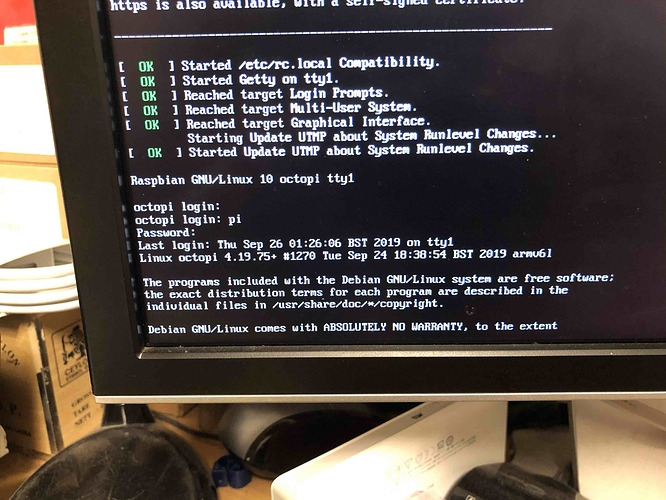 At this point the Pi is frozen, no webpage, no command prompt or anything.

To rule out an OctoPi issue, I suggest trying to see if you can boot the latest Raspberry Pi OS, which can be found https://raspberrypi.org/downloads.
If that does work, then we can look further into why OctoPi doesn't seem to work for you.

So I have done some further tests that may explain my conundrum.

If I start with a Pi 2B (Yes I have one that old) it appears to work ok, but this doesn’t have a Pi Camera fitted. I was able to run through the setup on the web page and it all appeared to be ok.
If I use the Pi Zero, it starts, allowed me to ‘cat’ the log, the webpage never runs and then it just hung.

Both Pi’s work fine on a Raspbian build of varying types - I have several for different projects that are ongoing at the moment.
I have tried moving the camera to the Pi 2B and this also works.

It looks like adding the Pi Zero into the mix is the issue. Looks like I am going to need to print an enclosure for my Pi and find a solution to the power needs.

It would appear the spirits of the forum have fixed my issue - something we all know that regularly happens - as soon as you post something on the forum it starts working!