Set home to centre of bed

Hi all,
Please can someone help me I am new to the world of 3d printing and octoprint, and I have a cr10s with bltouch and what I would like to now is how to set octoprint home to go to the centre of the bed the same as the printer.

Please, if someone could help. thanks

I'm not sure what you mean.
Do you mean you want the print to start in the center of the bed?
That's something you have to set up in your slicer.

Do you want to home your axis?
Enter G28 XYZ into the terminal

When I press the home button in octoprint I want it to go to the centre of the bed and not the left corner.

I think you can change that in your Printer profile.

Where does your bltouch probe? Also in the left corner?

When I use the printer controls on screen I press home and it goes to the centre of the bed. But if I tell it to home with octoprint it goes to the left corner.

Btw: What Home Button do you mean? The X/Y or the Z? 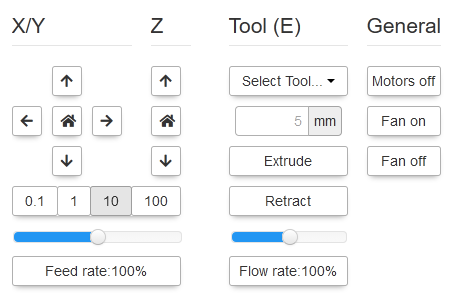 Enter G28 XYZ into the terminal

You can use Editor Collection to create your own X/Y/Z home button.