Platform: OctoPrint on Pi 4 (may have same issue on other pi boards but I don't have them to test)

Printer: Ender 6 (issue may be present on other printers also)

Logs: Nothing useful that I could find

Version 1.20210805-1 of these packages can be downloaded and then installed/downgraded with dpkg -i from here > Index of /debian/pool/main/r/raspberrypi-firmware

Logs: Nothing useful that I could find

We also don't know what OctoPi version, what OctoPrint version.

This also was requested in the template you partially deleted.

Unfortunately I didn't even think about posting here until after I cleaned everything up from troubleshooting and because I never saw anything of value in the logs I didn't keep them when I cleaned.

As for the template, technically I deleted it all lol, I copy/pasted my notes over top of it, my bad, next time I'll use it.

Throwing away my 30+ failed test prints today I did notice something odd that didn't catch my attention before, the blobs only happened on curved area's of prints.

After I get caught up on my backlogged prints from being down for almost 5 days, I might try upgrading the kernel again and doing a test print so I can get those logs for you @Ewald_Ikemann assuming no one else runs into this first.

There were people that mentioned in Discord that they are running the newer kernel without issue, even with 2 OctoPrint instances printing simultaneously, streaming two cameras, and taking snapshots for timelapses.

@jneilliii Any idea if they have a different printer, different model pi and what exact version kernel?

Also, the discord is the official OctoPrint discord...it's at the top of your screen as you read this! 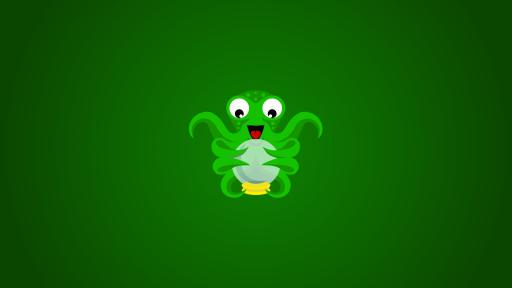 Check out the OctoPrint community on Discord - hang out with 12,511 other members and enjoy free voice and text chat.

@TTalkington thank you! I'm on the server, just didn't know what channel it was being talked about on. If you don't mind, can I hit you up on discord? Looks like our setup is the same excluding the printer model.

I should be caught up tomorrow on prints, so I can upgrade again and run some additional tests this weekend.

Sure, I'm The-EG on discord.

For another reference point, I needed to test something else out today, so I ran another set of concurrent prints. Both printers printing at the same time, running timelapses (snapshots every 30 seconds, one picam, one USB camera): 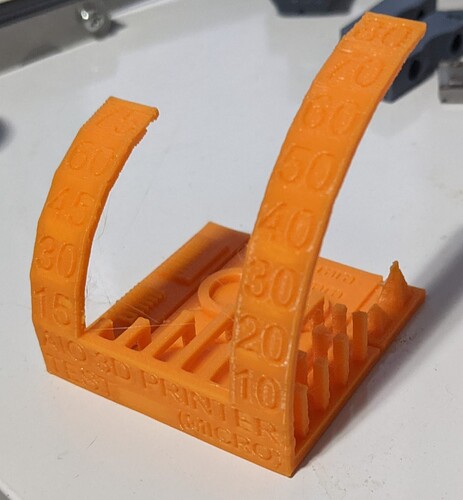 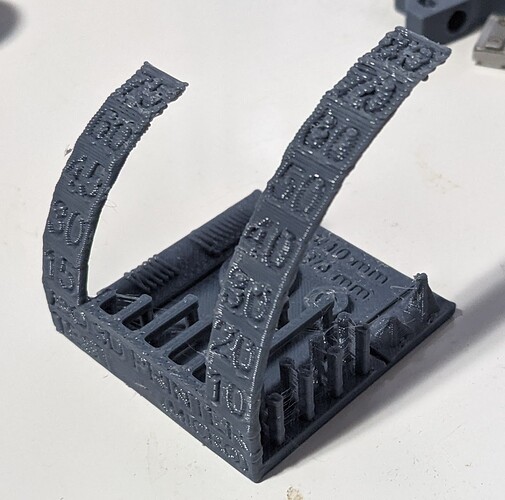 There are a couple of blobs on the grey piece, but considering it's PETG (orange is PLA+) and that printer uses a 0.6mm nozzle instead of a 0.4mm, I'm pretty sure it's more to do with hitting the limits of the filament/nozzle than an IO issue. I'm actually surprised it did the full 80 degree overhang, the entire arm/arc was wobbling a bit as it printed that high up

.
If the kernel update is causing some sort of IO issue I don't think I'm seeing it on mine.

Yeah that's very different than what I was experiencing, I should have thought to include a photo before! 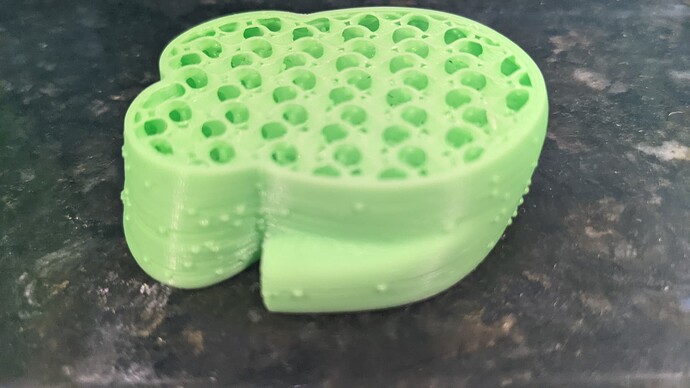 That looks like the nozzle was pausing for a bit causing those. As large as they are I would suspect for a noticeable period of time while the printing was printing.

Covers both prints, the python tornado error is with spoolmanager, safe to ignore
octoprint.log (473.9 KB)

Updates to the packages referenced here are available. The version is the same, but the patch level has been incremented (1->3):

So, something was patched/updated. I never had the problem in the first place, so I can't really test, but I'll post back if I happen to notice anything significant.

@TTalkington thanks! I'm doing a 71h print at the moment but as soon as it's done I'll update and give it a shot and report back

@TTalkington unfortunately same problem although it does seem reduced 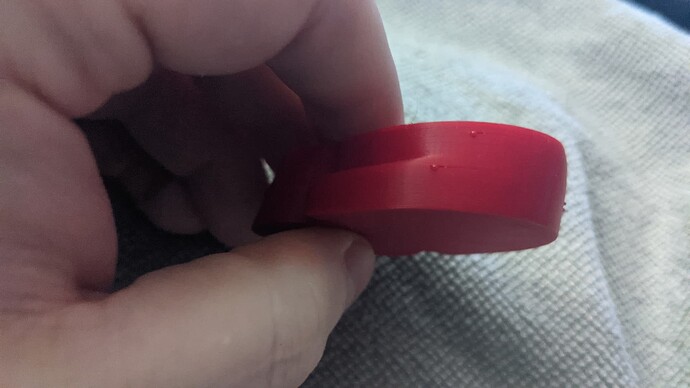 @notfixingit OMG thank you! I was about give up on octoprint on my Ender 7

@jessietheunuicorn cool, glad it helped someone, was starting to think it was just me but this does make me question if the problem is somehow related to Creality 4.3.x boards since your 7 and my 6 have the issue but @TTalkington I believe has models with 4.2.x boards (please correct me) and does not have the problem.

One other question, do either of you have HDMI screens attached to your OctoPrint server? Trying to narrow down similarities/differences

Yes, both of my printers are 4.2.x boards. And I have an HDMI touch screen.

Just tried without HDMI attached and still had the issue, saw some commits related to HDMI so I figured it was worth a shot.

@TTalkington Maybe difference in firmware/bootloader? (although I have no idea why bootloader would make a difference but let's see)