I was using touch ui before, the buttons/slider created using custom control editor in octoprint were not appearing in the 7 inch touch I was using.Then I deleted touch ui plugin and installed octoscreen plugin.Restarted octoprint several times but still not working

You can download this in OctoPrint's System Information dialog ... no bundle, no support!)
octoprint.log (985.5 KB)

This is as intended - unless OctoScreen adds this feature, then your custom controls will not show up on it's UI.

You would have to ask nicely and request this feature here: 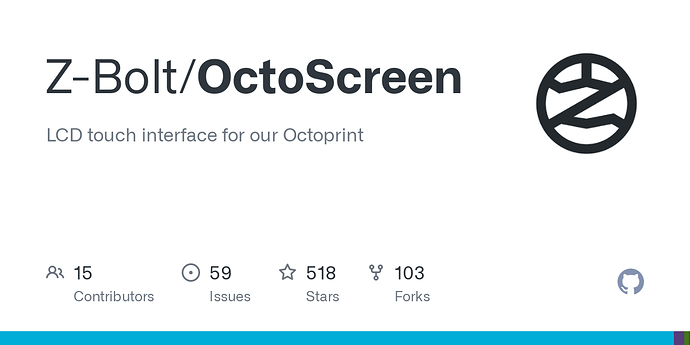 LCD touch interface for our Octoprint. Contribute to Z-Bolt/OctoScreen development by creating an account on GitHub.

Is there any other UI that can be used on raspberry pi touch screen than supports custom controls?

Thanks for the fast reply by the way.

OctoDash supports custom actions. These actions are buttons that you define in OctoDash for certain things. Separate feature, but still allowing customisation, there's a range of different things you can add and control.

No sliders, just commands. Some pre-built and others just whatever gcode you configure it to run. Another option over TouchUI is Screen Squish plugin, but also requires a browser to load unlike octoscreen or octodash which are running their own browser apps.

I tried that. Works great on my phone. How do I get my touchscreen to load octoprint from a browser?