Have been printing great for a few months. Ran print last night and found the printer crashed at an error and halt message. Restarted system and the print, then the printer cannot find the saved mesh. After a while I found out all saved data including bed mesh, extruder e steps, probe z value, are all gone.
Then the terminal in octoprint showing these unknown commands. 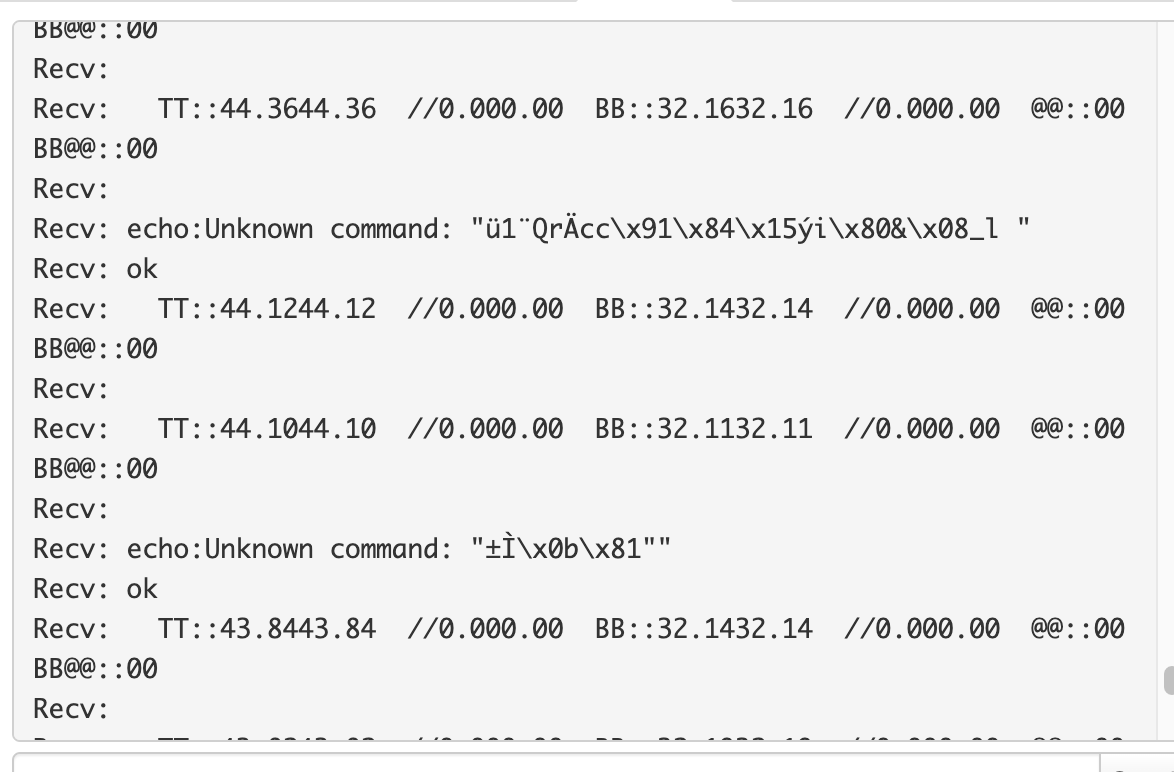 Found a thread about rerouting the display cable. Tried that, unknown commands still coming in.

No. Unknown commands still coming up.

You should have a look on this thread:

What is the problem? Lot of messages "Recv:echo:Unknown Command" with UTF-8 chars Overall quality of my print are bad, compared to prints ran from SD Card. One of my print stopped, the printed kept requesting a re-send of a line, communication was stuck. One of my print became crazy, rolled back the extruded at a very high speed, retracting all the filament. The serial.log shows a strange behaviour : printer and Octoprint are sending and receiving at the same time. What did you already try …

I have followed the thread's solution and no improvement:
moved the LCD cable, no change.
Pi is already powered by PSU of the printer

Have you read the whole thread?
There are also other issues been mentioned.

I had same problem solved by moving the Pi away from the mainboard. Pi now sits behind my printer at back of enclosure. Have not had any "unknown commands" since doing.