Update not working for me

I have three Octoprint installations. Recently I noticed this message popping up: 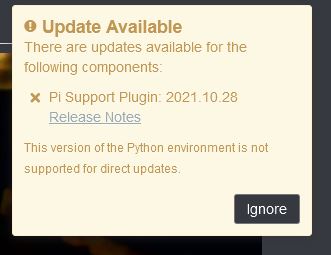 I noticed that the pip install was older so I updated all three.

Now I get his slightly different message: 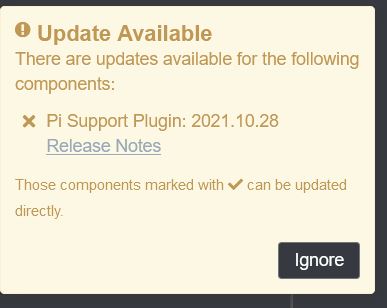 My plugins will not update using the updater: 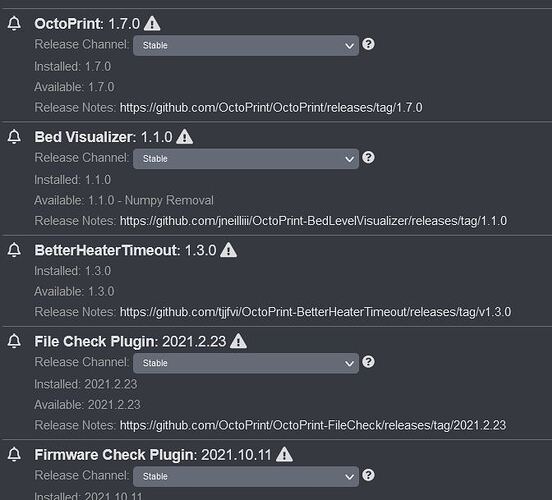 No, not sure how

Any thoughts on this? Am I missing something simple?

With a 3rd party plugin I would say: Delete it and install it again.
But this is a bundled plugin...

I decided to play around with the plugin and switched to the release channel back to stable. That allowed me to update the plug-in.

One more follow-up if I can, does the triangle with the exclamation mark in it visible when there are no updates for the plug-in or do they mean something else? I don't recall seeing them before but maybe I am not recalling correctly. Also with some plug-in's if I change the channel from stable to pre-release and then back to stable the triangle with the exclamation mark goes away. I think all my plugin's are updated but wanted to confirm.