Use ender 5 s1 screen for octodash?

Disassemble the unit, to look for ways of integrating the display to a raspberry pi. Searched the forums and internet for clues

I was wondering if I could use the screen built in the ender 5 s1 to connect to the raspberry pi 4 via vcc/rx/tx/gnd. Those ports are used by the motherboard of the ender. I saw a few touchscreens connected to the Pi that way but it could be a long shot.

I could just replace the screen installed with a similar one but my end goal is to switch between screens if necessary. For example: build a physical switch to switch between the ender screen and octodash. I'd like to still use the original interface for levelling.

I guess I'm not ready to ditch the original screen and interface entirely, what are the downsides of not having the original interface anymore? Can I do everything the ender does with octoprint? Or are there reasons to keep the main screen.

I'd like to built in de pi and screen so its not visible, I like the esthetics of everything build in and therefor use the available screen.

The screen connects via rx/tx/ground and vcc, those ports are also on the Pi. Am I up to something?

I'd appreciate your input! 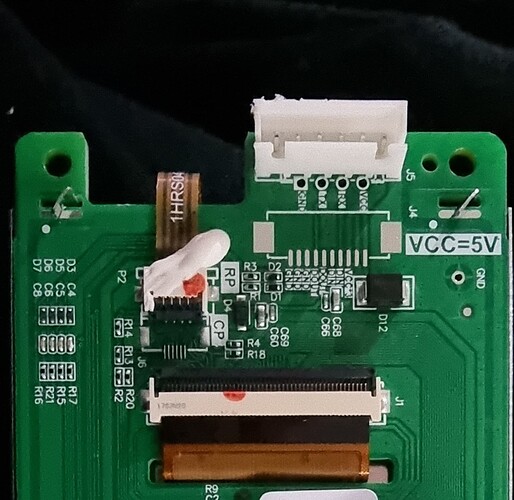 That is a dwin display.. its not a standard interface that runs on an LCD / TFT driver. It has a programmed interface and communicates to the main board using Serial. So you could build out an interface using the setup / program software for Dwin but its not going to run octodash.

thanks for the fast reply and knowledge! so I'm just going to have to work side by side or replace the screen with a 4.3 inch display huh?

should I keep the original interface for levelling or something? or is it safe to just run octodash as the main controller?

I would advise you to keep the printer setup with the local interface unless you have a good reason to remove it. It should not interfere with octoprint and you can get a lot of use out of it if you need to do things like repairs, manual leveling and the like. That said, I know there are many people out there that run headless printers. Meaning the only interface is Octoprint. That can work just fine too. Sounds like you are looking to run some octoprint interface that is physically local to the printer. Octodash or the touch UI might work out well for your needs. I use a Pendant that interfaces with Octoprint when working local with a printer. But for some things its still most usfull to get into the Marlin menus and do it right there.

true, thanks for your input! I was thinking the same regarding the levelling. keeping the original UI is the way to go then.

I'd say the same thing. I have OctoDash on both my printers and still find myself going to the Marlin UI for things that either aren't implemented in OctoDash, or I just haven't set up the custom actions in OctoDash to do those things.

So I was actually more curious about this solution and ran across this in my search...here's an example of a secondary service that can send API commands. 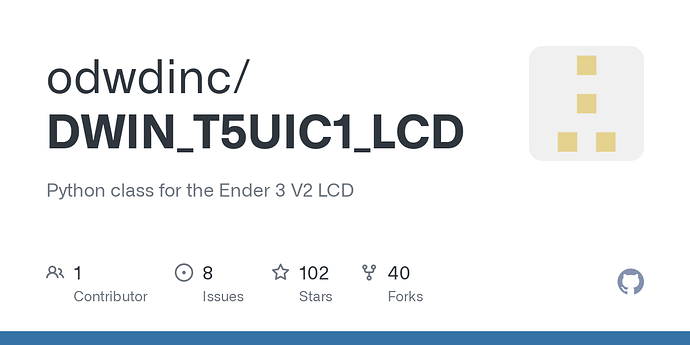 Python class for the Ender 3 V2 LCD. Contribute to odwdinc/DWIN_T5UIC1_LCD development by creating an account on GitHub.