Camera model
Raspberry pi camera v2
What is the problem?
I am extremely new to all things raspberry pi, but was able to get octoprint running fairly well, the problem is that my raspberry pi cam does not seem to work. Initially it will try to load the stream for a while and eventually it will just say that the stream is unavailable. I have tried to follow other posts and the steps they went through, but I do not understand how to do most of the things suggested. Please help.
What did you already try to solve it?
Re-seated the cable going to the raspberry pi, manually chosen the raspi option in the octopi file on my sd card, turned off and back on.
Logs (/var/log/webcamd.log, syslog, dmesg, ... no logs, no support)

do you see a red light on the camera?

do you see a red light on the camera?

I do not see any light on the camera at all

I just add that in case somebody changed something. You should not need that part with octopi.

You will often see in this forum people refer to "connect with SSH to your RPi". This is a valuable skill so I'll attempt to teach it to you. I'm going to assume you have a Windows desktop computer.

You now have a console or terminal connection to your RPi. While it was determined that it isn't needed, type sudo raspi-config and you should see that the camera is enabled.

If you don't have a Windows desktop or the name octopi isn't found and you can't find the IP address of your RPi. Let us know and provide as much detail as you can about your network. What make/model of router? What kind of desktop? What make/model printer?

You will often see in this forum people refer to "connect with SSH to your RPi". This is a valuable skill so I'll attempt to teach it to you.

Thank you, I greatly appreciate this. Your instructions are very clear and easy to follow, which is extremely helpful. I will attempt to do this process later today.

in terminal type lsusb do you see a cam on any usb port?

I'm hoping Ican get some help I purchased raspberry pi 3 model b and followed all the instructions to set up and for some reason it could constantly disconnect from the printer mid print.

I purchased a new raspberri pi same model incase it was a fault with that as I tried different cables and every single forum o could for a solution and that I'd all I was left with.

It seems this no longer has this issue but for some reason the camera stream will not load even though the settings are identical to the previous pi where the camera worked.

The webcam is a microsoft lifecam I've checked and this was a to be know working camera and has done before.

I have been into the terminal I have enable the camera update everything, tried changing stream address but nothing.

You can use PuTTy to SSH into your rPi once it is connected to your WiFi.

Connect to the Raspberry Pi via SSH / Putty

Once logged in via SSH you will get a command prompt.
Type
sudo raspi-config

It looks like my issue is related to this. Basically 720p and 1080p are not supported resolutions on the PiCam. You must chose one of the resolutions here (must be Full FoV, not Partial FoV). https://picamera.readthedocs.io/en/latest/fov.html#sensor-modes Edit: Just tested with 1640x1232, and it worked. Huge improvement. See post below on how to do it.

In order to change the settings in the /boot/octopi.txt file as mentioned in the link above, SSH in and at command prompt, type sudo nano /boot/octopi.txt Use arrow keys to get down to the lines you want to edit. Make sure you uncomment out the line by deleting the # in front.

Also focus is done by manually turning the lens. You can print a tool to safely turn it. Be careful because the lens can pop out if you turn it too much and it is not easy to get back in (also dirt can get in if you are not careful). 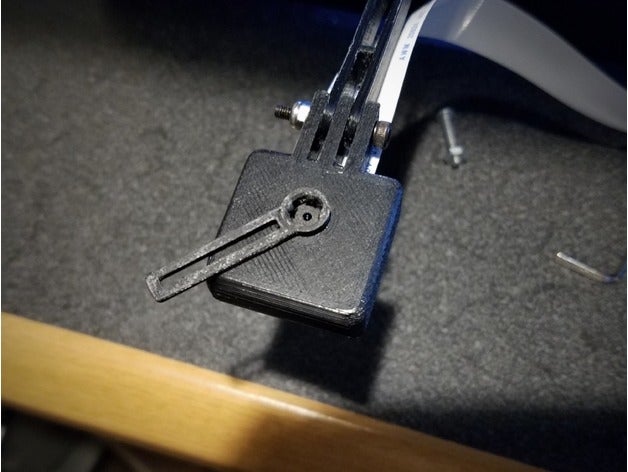 I printed a camera case for the Raspberry Pi v2 and I needed a tool that I could use to focus the camera's lense without having to remove the case. This tool does just that, it prints relatively quickly and it will only cost you a penny in PLA! If...

I just had the same issue with a new camera. I had to switch from the CSI to the DSI which is the ribbon connector next to the HDMI Connector NOT the ethernet port. After making that switch all worked perfectly. This link was very helpful.