Corrupt UI when turning printer on with Octoprint connected

The UI on my Ender 3 v2 is showing as corrupted whenever I turn the printer on with my Octopi already connected. No loading bar is shown when the printer is turned on, and the display doesn't seem to update unless I try to navigate around the menu. When I do, many of the options are shown as corrupted icons.

Another thing I am seeing is that when the printer is turned off at the PSU, having Octopi connected will result in either the printer display flashing on and off (black screen powered / not powered), or one of the hotend fans will repeatedly try to spin.

None of these issues occur if I connect Octopi after the printer has been turned on. 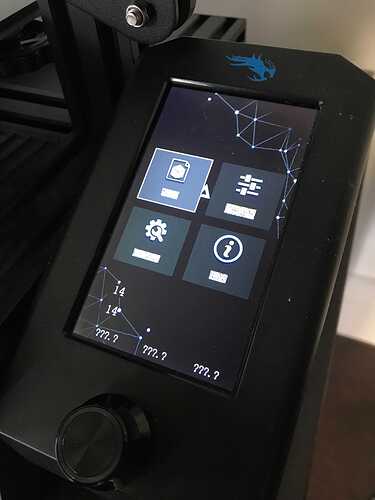 None of these issues occur if I connect Octopi after the printer has been turned on.

It seems that the printer is in some unconditional state due to backpowering before powering the printer.

You may try this:

First of all this whole tutorial isn't a mandatory mod - you just need it if you run into issues (weird things are happening and you've already ruled out the more common suspects) or if the always running fan and illuminated display (even when the printer is turned off) disturbes you. I'm starting with the why part: If you connect a 3D printer via USB to your Raspberry Pi it can lead to all sorts of power related issues. Most of the time those issues occur only if you turn on your pi before …

In fact, it's more an issue with the printer than with OctoPrint

It looks like that was the issue. Thanks for your help!