Before I made the firmware update from official 3.10 to official 3.11 at my Original Prusa i3 MK3S everything works fine with no problems. Any prints directly transmit to Octoprint creates nice 3D prints. Any serial communication never lost. And everything works as expected.

Now I can´t access the printer using Octoprint anymore. No message- "Status: Connect" but at reconnect disrupt the connectivity.
Note: "Saving connections" will not accept.

All was Tuning for long time perfect until I change the new actual firmware.

PLEASE HELP - I will never work with SD-card transfer.
OCTOPRINT is my solution. Now I recognise how important it is!

What is the problem? Before I made the firmware update from official 3.10.0 to official 3.10.1 at my Original Prusa MK3S+ everything works like a charm. No problems with Octoprint transmitted print jobs, never loose of serial communications, nor any other issue. It simply workds for weeks (and more) flawless. After the firmware update (using official Prusa tools, firmware update was successful) I can´t access the printer using Octoprint anymore. Error message: "Status: Offline after error. No …

Is it connected via USB or via the GPIO headers on the board? 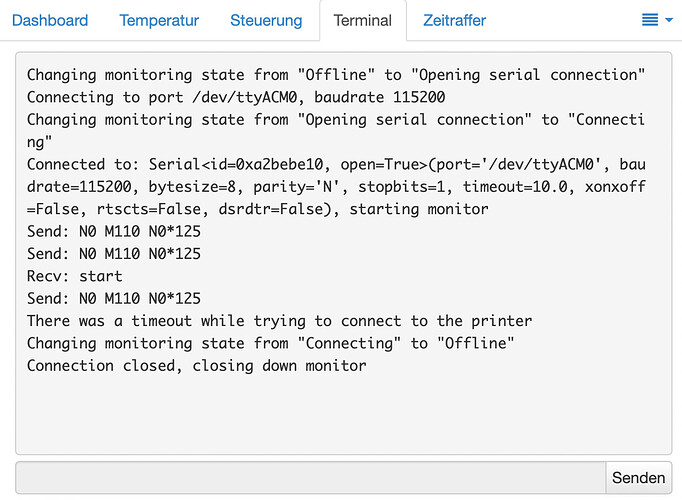 Appreciate your recommendation and help

@Charlie_Powell, the Raspberry Pi 4 is connected via USB cable to the PRUSA i3 MK3S.

If it is connected via USB, then the RPi Port option must be off, not on.

If you are trying to connect to your MK3 or MK3s via a USB connection and it fails, make sure you have "RPi Port" set to "off" in the settings on your Prusa. ["RPi port" setting in the printer's settings] Other than the naming in the printer's settings might indicate "on" will simply make the USB port not work in favor of the GPIO pins on the Einsy. The mistake is hard to diagnose on first glance since there will be no error message generated by the printer, it will appear as a port to connec…

Also adding here the plugin updates from the last week.
Not sure if that is from interest. 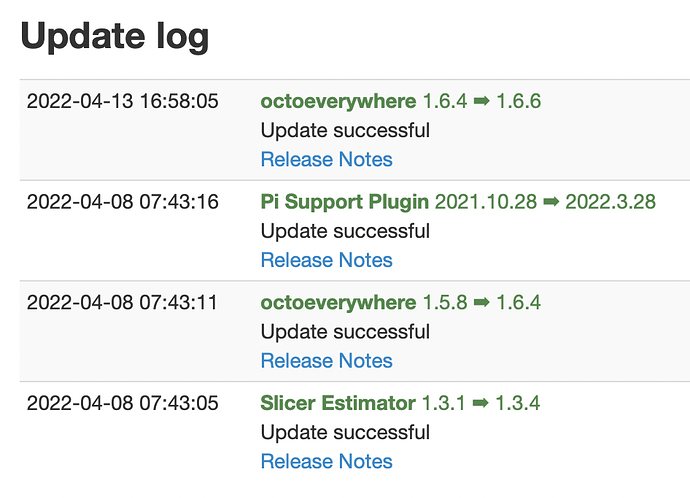 @Charlie_Powell many thanks for your support.

In the moment, when I wrote your first lines, I remember, I changed it to RPI ON because some months ago I switched from a raspberry pi zero to the new raspberry Pi 4.

Many thanks for your support. I was totally lost.
Dankeschön

be aware that Prusa Firmware updates have been known to flip that setting back to ON, so if it happens again in the future definitely verify that setting if using USB connection.