Upgrade your OctoPrint install to Python 3!

Since OctoPrint version 1.4.0, the codebase has supported installation on both Python 2 and Python 3 environments, as a result of Python 2’s EOL status. However, at the time of writing, only 2.3% of all tracked installs are running on Python 3.

The main reason for this is that all current OctoPi releases up until now shipped with OctoPrint installed under Python 2. But there was also the issue of compatibility of the plugins in the plugin repository - there’s no point installing on Python 3, if you then can’t install any plugins! Thus so far Python 3 installs tended to be manual ones, or developers who needed to test against OctoPrint running on Python 3.

Things have changed though! As I’m writing this now, 67% of plugins are compatible with Python 3! There needs to be a massive shoutout to everyone who worked to make this possible, from those who contributed to core OctoPrint, to each and every plugin developer who heard the call to update their plugins to be both Python 2 & 3 compatible. It’s now time to migrate more installs to Python 3.

Wait a second! Python 2 EOL? Python 3? What does all of this even mean?

Python is the programming language that OctoPrint is primarily written in. Up until the start of the year, there were two versions of Python – Python 2 and 3 – with some big changes and incompatibilities between them. Python 2 has been officially declared end-of-life (EOL) by the Python maintainers as of January 1st of 2020, meaning it will no longer get any more updates (but obviously still continue to work as-is!).

This meant that OctoPrint, only compatible to Python 2 up until version 1.4.0, had to become Python 3 compatible in order to be future-proof (and also to profit of the new possibilities and performance gains that Python 3 offers). However, as all OctoPi images up to and including 0.17 also shipped with a Python 2 environment for OctoPrint, going Python 3 exclusive was not an option. Thus OctoPrint was made compatible with both 2 and 3. This happened with the release of OctoPrint 1.4.0 and took well over a year and the combined work of Gina and four awesome contributors to get done and shipped.

So as of the release of OctoPrint 1.4.0, it is compatible to both major Python versions, 2 and 3. However, the underlying Python environments (e.g. the 64000 instances of OctoPi currently visible in the anonymous usage tracking) are still primarily Python 2.

Since OctoPrint at some point will drop support for Python 2 as well sometime after March 2021 (the current compatibility to both versions means an enormous amount of maintanence overhead, plus no Python 3 exclusive improvements can be used), the goal is to migrate all installations out in the field – that’s you! – to Python 3 as soon as possible. Future OctoPi versions starting with 0.18 will already ship with Python 3 on board, however existing installations will not automatically update. They can be updated manually however, and even though not all plugins are yet Python 3 compatible, this might still be worth your while as Python 3 in general has better performance than Python 2 out of the box!

I like the sound of it! How can I upgrade?

This script is only compatible for users running OctoPi 0.17 and above, or if you have installed OctoPrint manually you will require Python 3.6 or higher

Give it a minute to run through, installing OctoPrint takes the longest, but it will get you there in the end!

Once the script is finished, reload your web interface and you should be good to go!

Reverting to your previous install

Just in case something goes wrong, I also built a script that can revert to your old install. You can find more details on the repository here.

Is there a list of Plugins that have/have not been updated to work with Python 3? Would be good to know this information before upgrading to make sure we're not loosing any functionality we rely on.

The Python 3 Check plugin will give you an up-to-date overview of incompatible plugins installed on your instance. 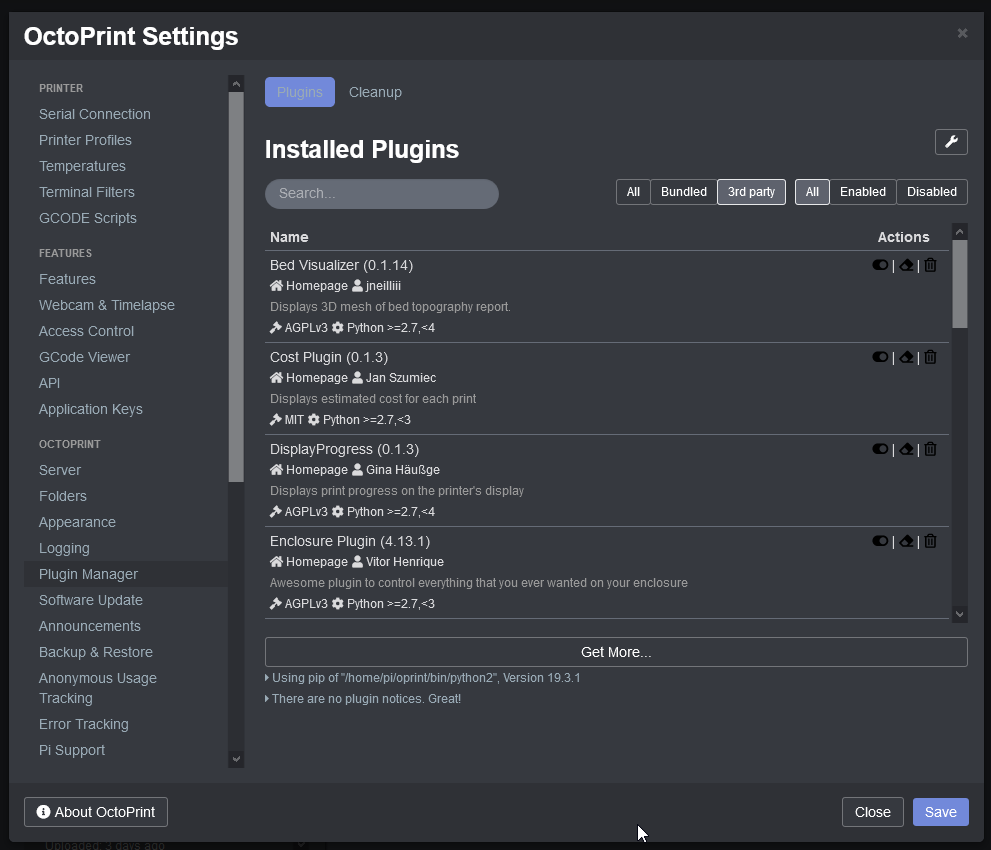 I'm getting a your running OctoPi 0.15 warning, can't proceed. I also read that you have to reflash to upgrade OctoPi, even though OctoPrint is current, which seems to indicate I have to rebuild all my Pis with there plug-ins and customizations just to upgrade Python...... Is there an easier way? (It's working now and I'm not looking to break it or spend a bunch of time to get back to working.)

I was able to run the script and switch over, the only hitch I could see is that my Bed Visualization plugin doesn't work due to an already known issue. Thanks mate!

This script is only compatible for users running OctoPi 0.17 and above, or if you have installed OctoPrint manually you will require Python 3.6 or higher

Have y'all seen this?

Yes. But since .17 only recently came out it makes sense then that a majority of us have not updated to .17 and therefore this script is not of use. Is there another way to upgrade Python then if it will become important to do so. Your help is appreciated.

So @dmyers7, the issue is that you need Python 3.6 or greater to run OctoPrint, but OctoPi 0.15 doesn't have that installed at the system level. I did try to update the python version in testing, but it didn't go well - broke more things than it fixed, and some research later found that it is not recommended at all, by many people. System instability etc. etc.

Most users are running OctoPi 0.17, according to the anonymous usage tracking, so it is worthwhile having this script.

The recommended route to upgrade, can be found at the link below: 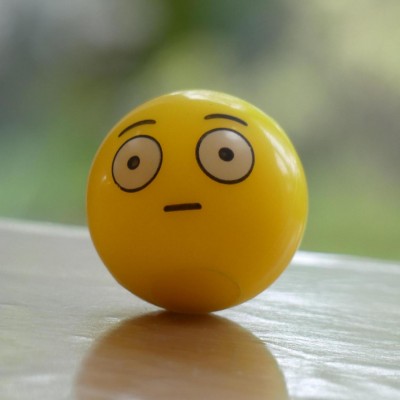 Basically, it comes down to backup your OctoPrint install using the built in function, then flash OctoPi 0.17, restore backup then use script.

Excellent. Thank you. Easier than I thought. Something for the weekend

@jaymcd In case you didn't get notified of my reply, you can see it here:

So @dmyers7, the issue is that you need Python 3.6 or greater to run OctoPrint, but OctoPi 0.15 doesn't have that installed at the system level. I did try to update the python version in testing, but it didn't go well - broke more things than it fixed, and some research later found that it is not recommended at all, by many people. System instability etc. etc. Most users are running OctoPi 0.17, according to the anonymous usage tracking, so it is worthwhile having this script. The recommended …

@jddj Thank you for the feedback! I like knowing people have used it

Heads up!: If you have the plugin OctoLapse installed, it writes a stack trace as it is being loaded, so the script can read the plugin files etc. etc.

Do not worry about this, the installation will succeed, the backup still continues successfully.

You can see the issue ticket here

i run the script and it works for my main instance...but i have a second one and the server is down...i reverted...

Any solution for the second instance to work please?

What we have to do for who have two instance on Octoprint, for two printers. I did install on the first one and on second instance the system ask me me to do the same upgrade ? did i have to do for all instance ?

Besides Octoprint, I do run Klipper on my Octopi and don't want to revert to Marlin. The main branch of Klipper is not yet ready for Python 3, so I guess I can't upgrade. Or am I missing something?